Statement issued by Eduard Hellvig, Director of the Romanian Intelligence Service, on the law process regarding national security 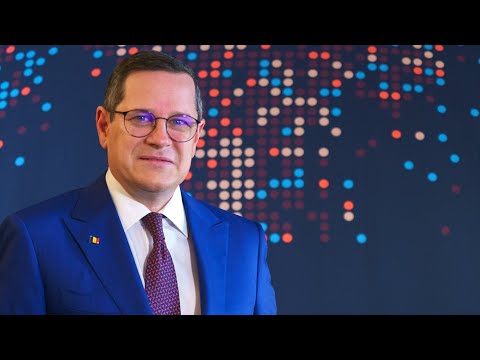 Over the last two weeks heavy debates have been witnessed in the public space over a package of national security-related bills and its potential impact on the Romanian democracy. It is quite normal for our society to take interest in this issue. However, the fact that the debates are solely centered on SRI might raise concern.

Considering the legitimate desire of the society to strengthen democracy and reject amendments inspired from obsolete, totalitarian regimes, I felt compelled to issue a statement in order to clarify several aspects regarding the current SRI mindset, which I fully embrace, since it embodies the role of modern intelligence services in a democratic society.

Intelligence agencies should serve citizens by all means, complying with the national legal framework, civil rights and liberties.

Stability is paramount in any democratic country, with observance of civil rights and liberties on the one hand and the strengthening of state institutions on the other, in order for them to be able to cope with unforeseen threats, similar to those we are currently facing.

I shall reserve the right to express my opinion on the content of the bills, following their promotion to Parliament, starting with the public debates in which SRI has only a consultative role.

Updating the current legislation is not a recent objective, but one that has not been met for the last 30 years.

The only existing laws were issued in the early ‘90s and they allow for ambiguous interpretations. SRI has repeatedly requested the enforcement of a modern framework, enabling it to increase efficiency in order to counter major threats. At the same time, the amendments should take into account the current dynamics – we are a democratic society, a part of the Western civilization, an EU and NATO member state, applying democratic values, which should always prevail. We can follow the Western example, and we must strongly reject any attempt to revive Communist amendments.

The idea that in 2022 the Intelligence Services in Romania could go back to the former Securitate-mindset or model, since it evokes the totalitarian, internationally-condemned Communist regime, guilty of numerous crimes, which was imposed by a foreign power despite the society craving for freedom, prosperity and security.

Therefore, I need to clarify the concept of Securitate versus Securitate-mindset.

Securitate was more than a repressive apparatus, which, based on its discretionary powers exerted during the Communist regime, imposed a certain frame of mind and behavior, becoming the ultimate judge and coercive manager of public mindset.

In December 1989, the Securitate labs were hastily abandoned, but the harm provoked by its doctrine had already been inflicted on the population. In my opinion, the most dangerous of all was the Securitate-mindset, which implied the use of Communist society traumas, in order to shrewdly perpetuate a totalitarian mindset, marked by suspicion and misconception, centered on obscure interests and domestic enemies to battle with.

Securitate-mindset supports the concept of guilty without proof, misinformation and artificial tensions among social categories, as well as between society and state institutions and people and the State.

This mindset undermines all democratic values, obstructs progress and fuels conflict. Securitate-mindset has the ability to present itself as the cure, instead of the disease, despite its name and background being related to its creators and other categories as well.

Its main components are paranoia, conspiracy theories, comparative judgment, fear-based scenarios fueled by suspicion and the presumption of guilt, manipulation, Securitate-mindset being unfortunately deeply rooted nowadays at all society levels.

I strongly support joint efforts to build a new model by state institutions, political elites and civil society, so that our country should no longer be associated with the Securitate-mindset and practices, which are old concepts that should be included in history books, instead of being implemented nowadays.

In the past few years, SRI focused on its main goal, i.e. renouncing its Communist past, adopting modern standards and democratic values, complying with the Euro-Atlantic criteria.

I am the first SRI Director who publicly condemned the Securitate.

As for the democratic values applied by SRI in its daily activity, I consider the results obtained by our institution in recent years to be relevant. During my tenure, all my efforts have been focused on promoting the modernization process and increasing efficiency, at the same time balancing out the need for security and civil liberties.

In my opinion, the same balance should be at the heart of the new legal framework. In 2016, one year after taking office, I issued a statement I still support today: the tenure of the Romanian Intelligence Service Director should be limited to two mandates, since too much power can affect democracy. I still support this view and I hope that this amendment should be introduced in the bills to be adopted by the Parliament.

During my tenure, the Romanian Intelligence Service handed over almost all the Securitate files that the Service still had in its possession, the process being shortly hindered by CNSAS, due to physical constraints.

I’d like to mention that this process concerns files that had previously been kept for national security reasons, personnel files of former Securitate officers, as well as former secret police files and databases, an effort which will improve public access to the documents of the Communist era and the work of today’s researchers.

I take this opportunity to underline that SRI is the only modern institution in possession of the former Securitate archives which carried out its legal and moral duty towards society. Furthermore, we have constantly refrained from reacting to numerous unjust political attacks targeting both the institution and its Director.

During my tenure, SRI has undergone a massive territorial reform and today, as a consequence, we are a leaner, more efficient and respected institution, at the national and international levels.

I have supported the introduction of classes on totalitarianism at the National Intelligence Academy so that the new generation of officers be educated according to democratic standards. I have audited and reshuffled the doctoral curricula so that we could benefit from transparent and highly academic tools.

The number of young recruits has grown over the past years, reflecting our institution’s prestige as a trusted Euro-Atlantic partner, boosting the information exchange with our counterparts, amid the Russia-Ukrainian conflict.

At the beginning of the 90’s, as a young graduate, I participated in the public protests calling for lustration and massive reforms. I still believe that such processes should have been initiated and completed in the 90’s, since many of the current issues stem from those troubled times.

I have supported the introduction of classes on totalitarianism at the National Intelligence Academy so that the new generation of officers be educated according to democratic standards. I have audited and reshuffled the doctoral curricula so that we could benefit from transparent and highly academic tools.

The number of young recruits has grown over the past years, reflecting our institution’s prestige as a trusted Euro-Atlantic partner, boosting the information exchange with our counterparts, amid the Russia-Ukrainian conflict.

At the beginning of the 90’s, as a young graduate, I participated in the public protests calling for lustration and massive reforms. I still believe that such processes should have been initiated and completed in the early 90’s, since many of the current issues stem from those troubled times.

I reiterate my statements – I genuinely understand abuses perpetuated by a state with non-democratic instincts against its citizens and, as a result, I will do my best from my position, to never witness again such crimes. Thank you!