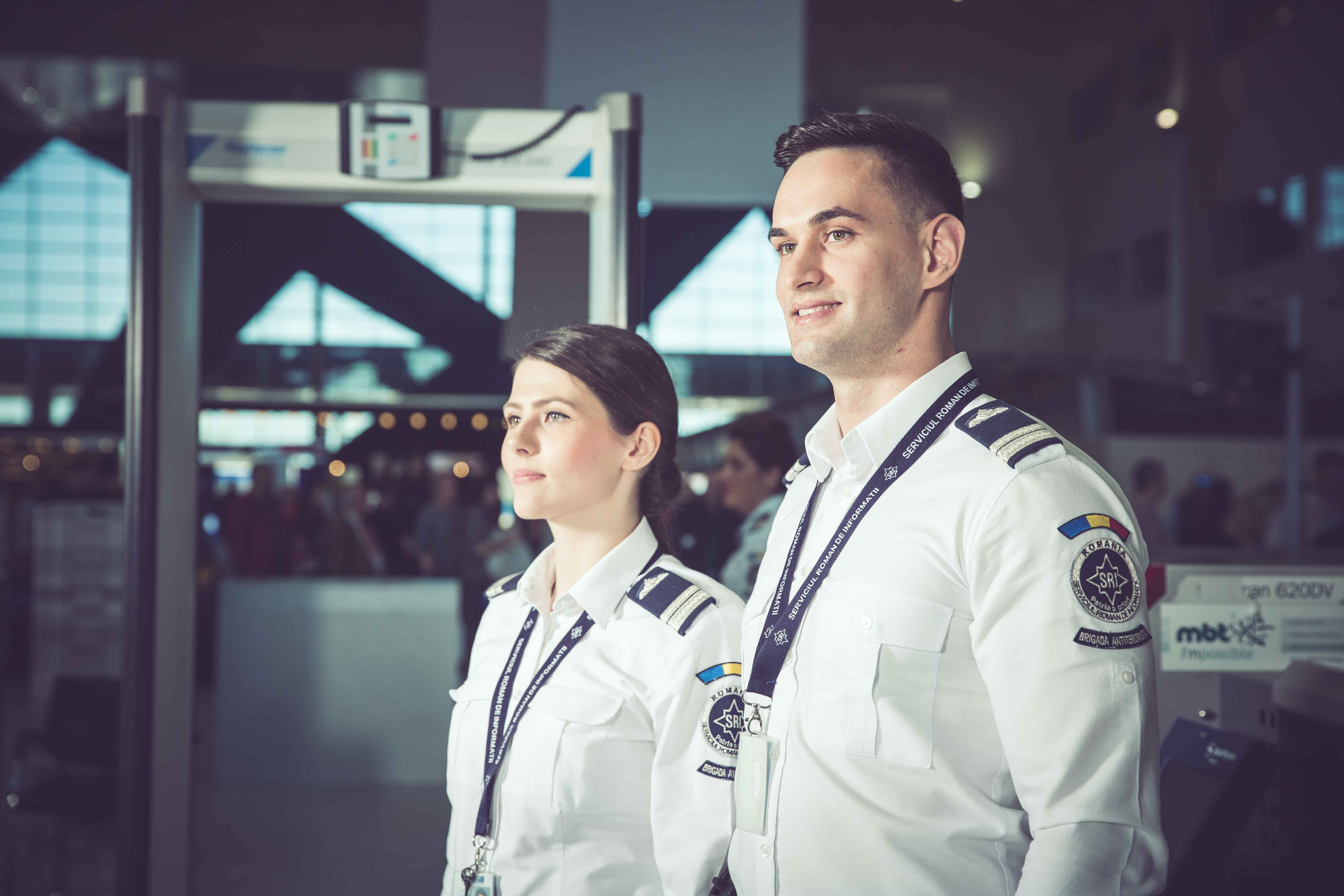 Screeners conducting screening process at all civil aviations airports in Romania are military personnel of the Antiterrorist Brigade, a specialized unit of the Romanian Intelligence Service, and are cleared by the Romanian Civil Aeronautical Authority (RCAA) for conducting such an activity.

In order to achieve specific tasks, the screeners in charge with screening process are undergoing a continuous training process during their entire career to keep pace with the dynamics and the changes specific to the field. The process of implementing Community rules in the field of civil aviation security is continuously monitored and audited by both the implementing structures and the national and European institutions in the field.

Screening process is one of the most important security measures at an airport. It aims at identifying threats that can eventually turn into acts of unlawful intervention on aircraft.

In order to prevent/ thwart such actions and to protect people in airport public areas, the Antiterrorist Brigade carries out the following activities at the airport:

When conducting screening process, the rules apply uniformly to all passengers and there is no different / preferential treatment.

Civil aviation security is regulated by norms developed by national institutions, European and international organizations in the field. Screening process as part of this system falls under these rules, on all its components. The main normative acts regulating airport security are the following: